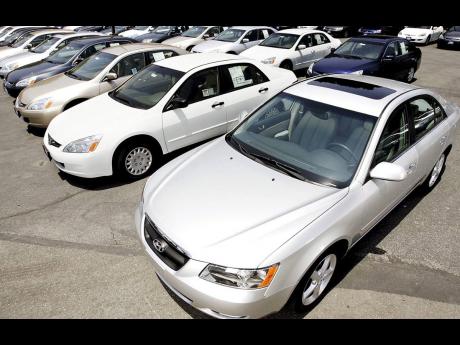 An estimated 35,000 cars were imported into Jamaica last year, but president of the Jamaica Used Car Dealers Association (JUCDA), Lynvalle Hamilton, is concerned that some of these cars were sold by individuals not licensed to undertake such transactions.

“We have information that persons are being certified and they do not have the required facility to be certified, but they are certified as car dealers,” he told The Sunday Gleaner during a recent interview.

“We would love for that to be corrected by the authority,” he said.

The Trade Board Limited is responsible for the certification of all commercial importers of motor vehicles. A motor car dealership status is only granted subject to several criteria outlined by the Government.

The car dealership must be registered under the Companies Act and must have a permanent address and location of operations approved and inspected by the responsible ministry. They must also stock spare parts of 10 per cent of inventory (used motor vehicle dealers) and offer related services. Each unit sold must have an expressed warranty and comply with obligations under the Fair Competition Act. The dealer must also provide adequate repair and servicing facilities and must undergo an annual inspection.

Generally speaking, citizens are allowed to import two motor vehicles every three years. However, a one-year restrictive clause (prohibiting the unauthorised disposal, sale, or pledging of vehicles as collateral) is incorporated in import permits approved for the importation of motor vehicles by individuals, including returning residents.

Despite the rules governing the sale of cars, one former corporate executive told The Sunday Gleaner that she has established a lucrative business selling vehicles while not being licensed by the Trade Board. She said that she started her operation six years ago after she purchased her first car. Today, the woman, who did not want to be identified, says her clientele varies, “from corporate persons to the little man at the corner shop”.

“We offer persons better ways in getting a vehicle. Those who aren’t able to secure a loan from the bank or a financial institution, they can get it, because you can import a vehicle from a range of prices from $300,000 up. So, if it is a case where you just have a little shop around the corner, and you are just earning a minimal amount, you have a small savings and you want a little vehicle, we can offer you that,” she said.

She noted that while Jamaicans do have the option to import their own cars, some persons prefer to have a dealer or somebody like her do it on their behalf. She feels dealerships have become less attractive to individuals because of the high mark-up on vehicles.

“If anything, we are offering persons better options in terms of obtaining a car or a motor vehicle because the dealer wants to charge an arm and a leg,” she said.

“The only downfall to my business is that you have to have your money up front,” said the car dealer, who operates from her house and gets her clients through referrals.

The former corporate executive-turned-car-dealer said that several Jamaicans have been bypassing the Trade Board and are venturing into this business, and they are having no issues securing clients.

“There are plenty persons going into it because persons are realising that ‘I don’t have to spend this bag ah money to get this car’,” she said.

While Hamilton welcomes the increase in used-car businesses, he is concerned that the law is being flouted by those who do not meet the requirements for certification.

“In a lot of the cases, you have persons who just shack up and have cars at their homes or wherever they want to store them and they do not operate as they should, as used-car dealers,” he said.

“Based on what the motor vehicle import policy dictates, what we are seeing is not consistent with the policy, and I believe that steps should be taken to correct it,” argued the JUCDA head.

“If careful investigation is done, one will find that what we are saying is the truth,” he argued.