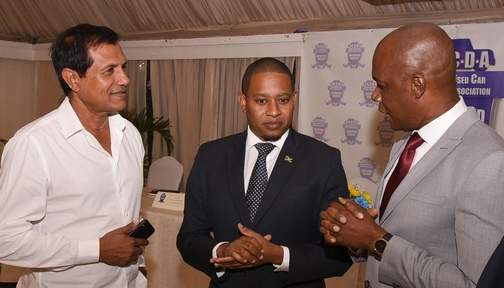 KINGSTON, Jamaica— A total of 83,000 imported used cars have been examined under the Government’s Pre-Shipment Inspection regime since its implementation in February 2018.

Minister of State in the Ministry of Industry, Commerce, Agriculture and Fisheries, Floyd Green, made the disclosure at the Jamaica Used Car Dealers Association’s (JUCDA) Annual General Meeting on Thursday (February 27) at Terra Nova All-Suite Hotel in Kingston.

He hailed the pre-shipment inspection regime, implemented to provide greater protection for consumers “as a good initiative” that will also benefit the Government and the JUCDA.

“It prevents undervaluation of vehicle invoices, it prevents entry of stolen vehicles into the national fleet, it prevents odometer fraud, and it prevents faulty vehicles, pests and diseases,” he said.

Green noted that the programme has helped in solving the problem that existed with model year differentiation of imported cars.

“The due-diligence process examines a number of metrics, including the history of the vehicle, age of the vehicle, road worthiness, accurate odometer reading, and critically ensures the absence of biological contaminants,” he explained, noting that this is especially vital given the spread of viruses globally.

Under the Pre-Shipment Inspection regime, the Government has employed the services of a company out of Japan to examine all used vehicles before they are shipped to Jamaica.

Green said that the programme represents considerable action and initiative on the part of the Government in strengthening the used-car industry.

Along with the increase in the number of vehicles inspected, Green noted that there was a more than 12 per cent increase in used cars imported into the island last year.

“There are challenges, but I am happy to see that despite those challenges, the industry continues to grow,” he said.